J&T REAL ESTATE has introduced the concept of United Bratislava that expresses its vision of the capital's development in the following years based on the approved conception of city development. The company acts as a developer in several parts of the capital, however, recently its development projects have concentrated in one of the most precious locations of Bratislava – along the Danube riverside. The extension and development of the city centre on both sides of the river Danube interconnected by high quality public transport is considered by J&T REAL ESTATE to be the key direction in the next development of Bratislava, which regarding the quality of the environment will get it closer to the European metropolises.

The topic of the city and river contact has become the most important citywide development topic of Bratislava. The riverside is changed gradually and the river Danube, originally a barrier, changes into a key connecting element of the city. By entering systematically into development opportunities in the riverside locations on both sides of the Danube, J&T REAL ESTATE has become one of the main players of development covering the extension of the city centre under way.

The potential of the development of Bratislava consists in particular in the yet unused territories near the Danube. Until recently, Bratislava was developed only on the left bank of the Danube which resulted in a completely different character of the riversides. The construction of Eurovea in the Pribinova zone managed to change the relation of Bratislava citizens to the Danube. People became an everyday part of this zone, the Slovak National Theatre opened through the new square towards the river and the riverside, and the promenade brought people to the bank. This created expectations about how the riverside on the other side of the Danube will be further developed. This expected development is also reflected by the strategic and planning documents of the city, which in the long term consider the extension of the city centre to the both banks.

We are convinced that by activating and livening up the interconnected riverside on the left bank through the existing River Park, Zuckermandel, Staré Mesto, and Eurovea, and by creating a lively riverside zone in the development territory of New Lido, the city centre can gradually “overflow” through the Pribinova zone to the right bank of the Danube, thus attracting the so far isolated Petržalka closer to the city.

An attractive riverside will connect Bratislava not only in physical terms but gradually also in people’s minds, changing Bratislava to a real city on the Danube.

Benefits of city centre development on both sides of the Danube

Bratislava has an ambition to be competitive with the other European metropolises, not only in terms of the quality of life but also in the ability to attract young educated people or innovative companies and international institutions so that they choose Bratislava as their seat or place of prestigious events.

The implementation of the projects under preparation by J&T REAL ESTATE – the extension of the mixed-use complex Eurovea and construction of a new district in the New Lido development zone – will mean the creation of a new modern city centre on both sides of the Danube. This will create an economically flourishing and touristically attractive zone with a high diversity of functions and benefits in both economic and social areas, in particular:

United Bratislava also means high-quality transport service and problem free and fluent movement – i.e. the possibility to select a combination of several ways of transfer in the city. Pedestrians, bikers, and motorists should move from place to place within the new city centre in such a way as to not obstruct and limit each other. At the same time, they should be allured to prefer walking, cycling or using public transport instead of individual car transport. This is the target of the new transport interconnections between the two banks.

The central axis interconnecting the opposite main squares at Eurovea in the existing Pribinova zone and in the zone of future New Lido represents the main urban motif of development of the riversides on both sides of the Danube. The axis should materialise in a new footbridge which would also become the symbol of interconnection of the core of the new city centre. The squares in the future interconnected by the footbridge will create one continual public space representing the basis of the new relation of Bratislava to the river.

According to J&T REAL ESTATE, the development of public transport, in particular the supporting transport system - trams - represents an important part of the intentions on both sides of the Danube. Already some time ago, the company expressed its public commitment to share the costs of development of tram tracks in Bratislava.

The current proposal within the concept of United Bratislava expects the construction of new tram tracks of the Ružinov and Petržalka radial lines by 2022, as follows:

In the future, trams should ride through the centre of the left-bank city centre between Eurovea and the Slovak National Theatre, as well as through the right-bank centre at New Lido, and to interconnect them. After the completion of the circular system of trams through the Pribinova and Košická Streets towards the radial line Centre – Ružinov, New Lido as well as Petržalka itself could be comfortably interconnected both with the city centre, Dúbravka, Rača, Ružinov, and Zlaté piesky (Golden Sands) and in the future with the premises of Slovnaft and Vrakuňa.

With the objective to reach as smooth and fast implementation of the intention of United Bratislava as possible, J&T REAL ESTATE submits the background documents to the application for the award of the statute of significant investment.

As regards the amount of the investment and creation of jobs, our intention considerably exceeds the criteria for the award of this statute. However, we also want to explain to the public the additional benefits of United Bratislava for the capital and for entire Slovakia, which would be brought by the implementation of such an essential project for Bratislava.

With their economic and social benefits, the projects on both sides of the river Danube reach the parameters of a significant investment. 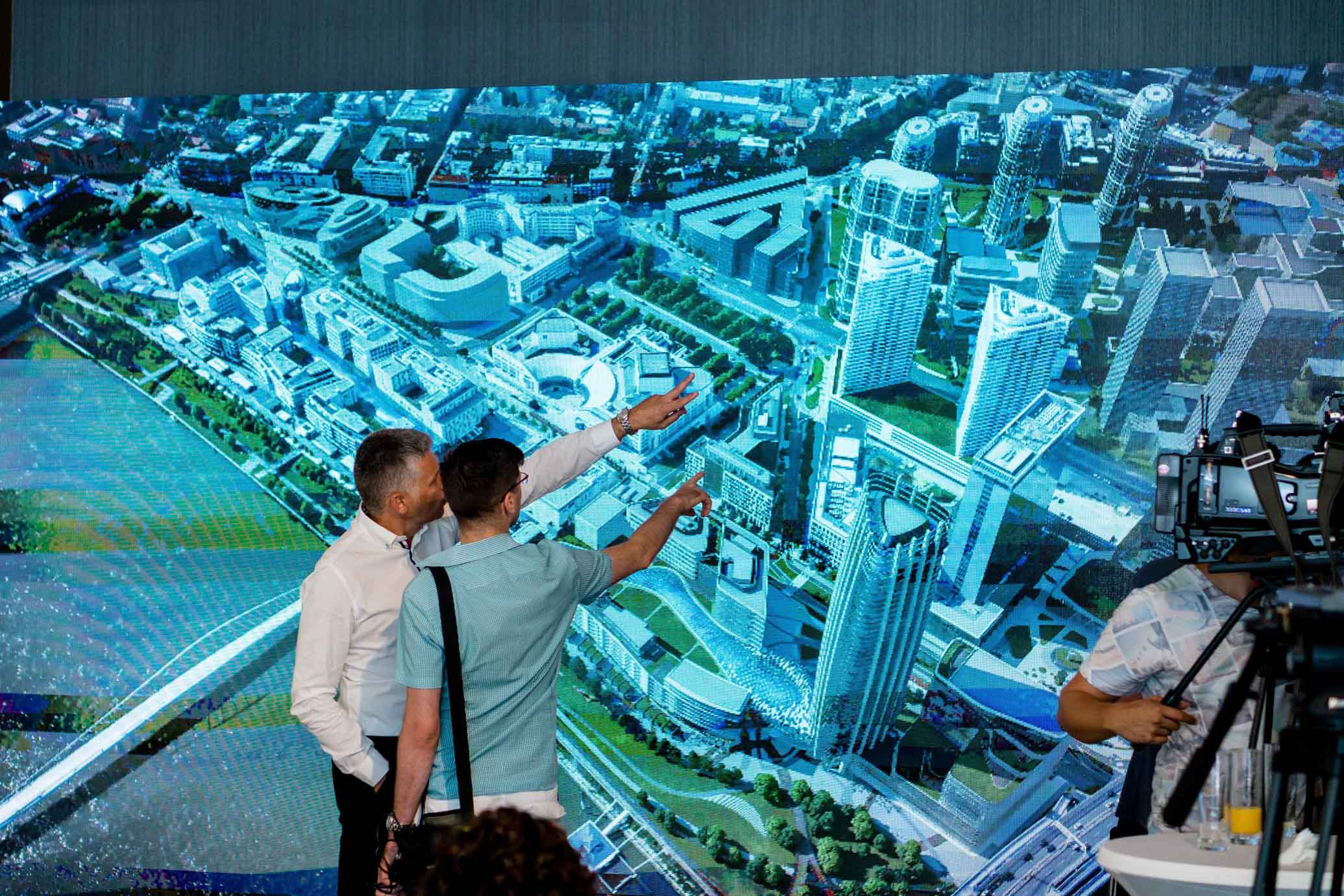 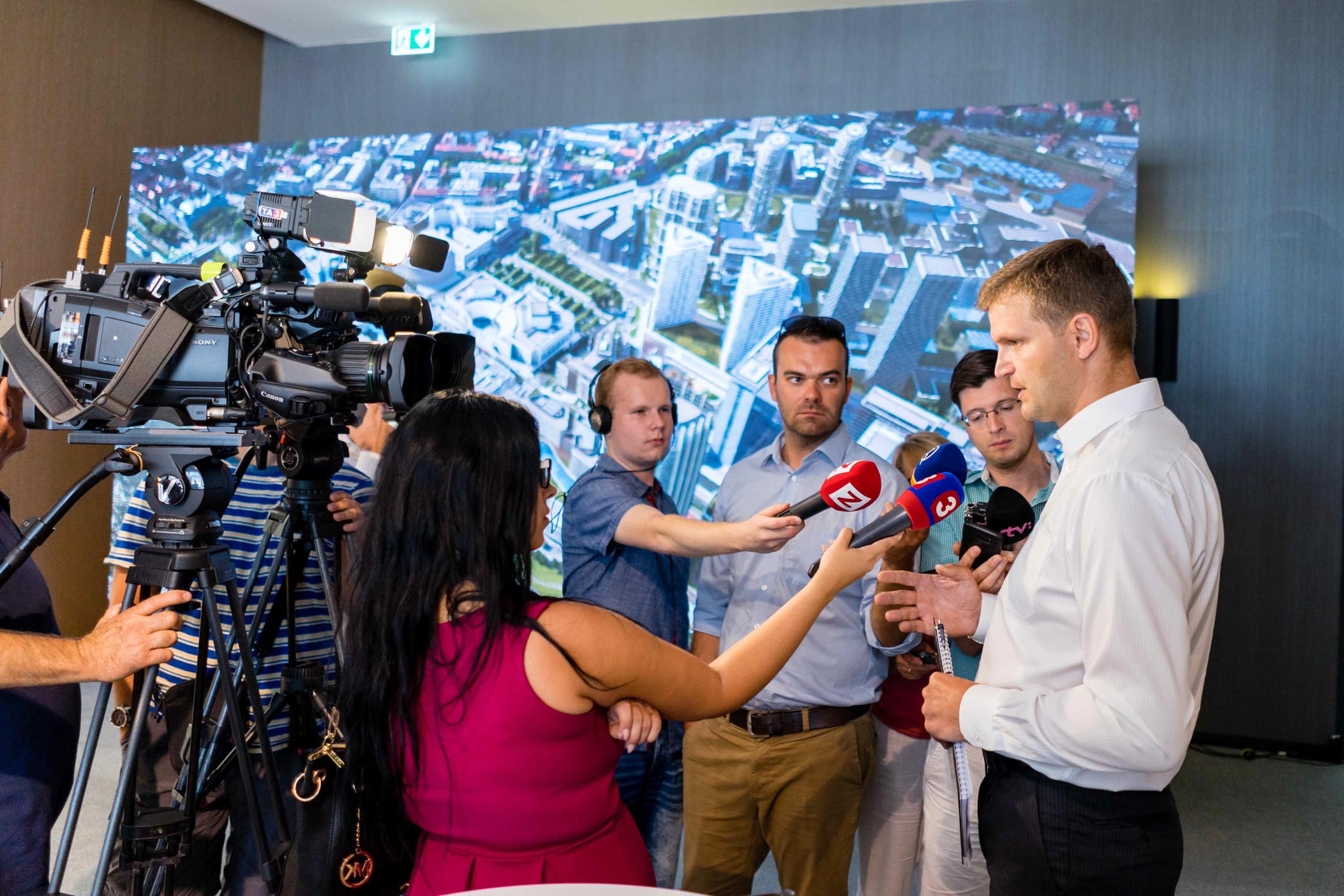 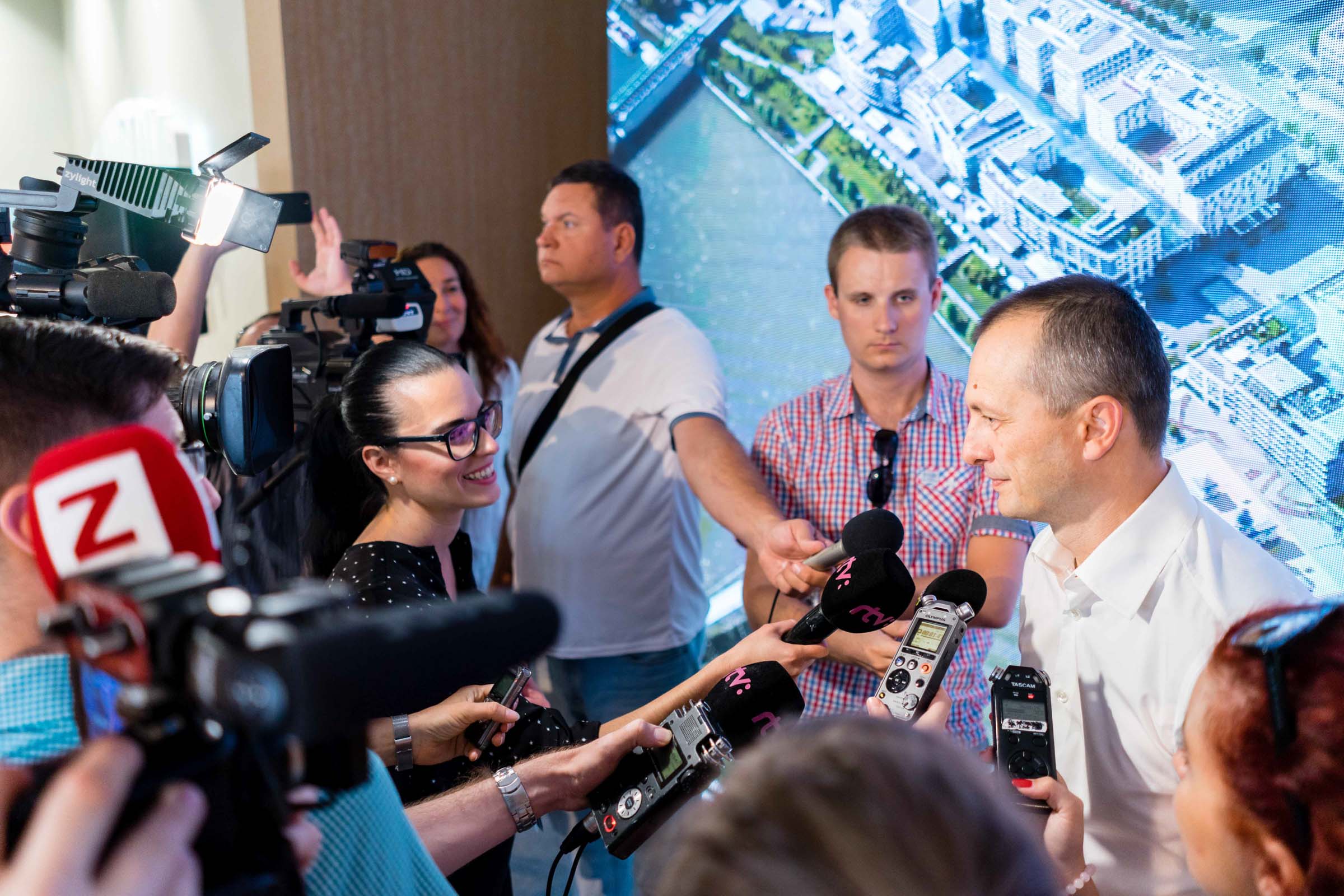 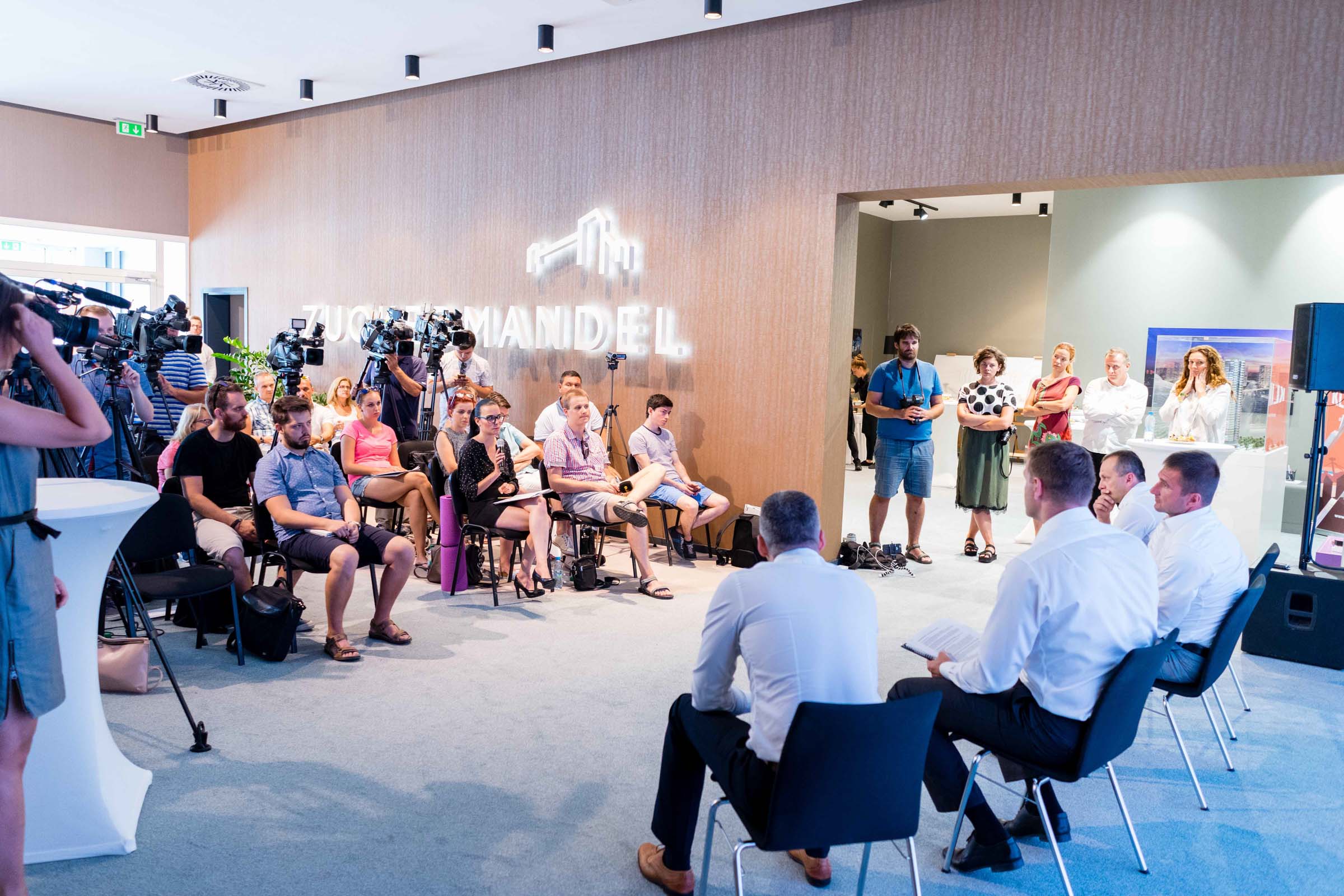 14 Sep, 2017 JTRE: The tram development is necessary to provide service to the developing territories on both Danube river banks

Recently, the J&T REAL ESTATE Company introduced the United Bratislava concept, in partnership with the City of B