These days, the zone near the polyfunctional structure Eurovea on the riverside of the Danube is undergoing an extraordinarily dynamic conversion. After the completion of the Eurovea2 and PANORAMA CITY projects and their mutual interconnection, Bratislava will obtain a new full-value city district, which will get it closer to modern European metropolises thanks to the quality of architecture and public areas. EUROVEA CITY is growing in the centre of Bratislava, with the ambition to fulfil the idea of pleasant life in the city of both Bratislava citizens and visitors of the capital.

“In my opinion, the Eurovea project is among the liveliest places in Bratislava. However, neither the developers, nor the city management or experts determine the popularity of any place; people choose their favourite places themselves. This also happened in Eurovea – the developer has created the conditions and the space, but people decided how to use the space,“ Peter Korbačka, the author of the vision of EUROVEA CITY, says about the atmosphere of Eurovea.

“I have been thinking about how this site should be developed for several years. Our philosophy covers, based on development and retail experience and with the assistance of foreign experts, the creating of a high-quality city area, which will be later “adopted” by people and “filled” by their activities and their idea of spending time,“ P. Korbačka explains.

The dynamic conversion of the territory is also reflected by the visual identity. Individual parts of the future district, which will also have their own visual form, will be henceforth interconnected by the common identity of EUROVEA CITY. It is based on the fact that the city on the Danube, which was perceived in particular as a unique space for shopping and entertainment, has grown into a city with a full-value zone for the city life. Green parks, the riverside, integrated transport, streets full of culture, and also many administrative buildings for the professional growth put the finishing touches to its urban character. The Eurovea zone will get a brand new dimension and deserves the attribute CITY. The new logo is inspired by the original idea of uniform colour structures but it has got a more stylized form. Thus, it reflects the newly created city area and its shape quasi copies the panorama of buildings on the banks of the river Danube.

EUROVEA CITY represents a riverside district, which includes the existing projects Eurovea, Tower 115, and PANORAMA CITY, and once it has been completed, it will also include Eurovea2 and all the administrative buildings of PANORAMA BUSINESS. On completion, there will be new apartments, offices and shops, as well as congress rooms, additional two squares, parks, and open sporting places. The first skyscraper in Slovakia at all should become a dominant of the district, and if the submitted vision is fulfilled, tram will interconnect the entire district with the rest of the city.

After all the projects are completed and interconnected, administrative rooms will cover about 285,000 m2, the number of apartments will reach 1,470; 95 000 m2 will be covered by commercial establishments, and congress rooms will offer 8,500 m2. In the future, the whole zone will have about 3,000 residents, 40,000 workers; and about 65,000 visitors each day are expected. The important entities and “neighbours” in the zone include the Slovak National Theatre with its important cultural function, Gallery of the Slovak Union of Visual Arts and also the presence of several state institutions.

Today, Eurovea is already more than a shopping centre

In eight years, Eurovea has become the most prestigious shopping boulevard of Bratislava. “Of course, the key factor of success is the structure of lessees, which must take into account the unique position in the centre of the city, therefore, Eurovea has become the high street of Bratislava with the flagships of prestigious brands,“ says Oľga Hammer, PR a Marketing Manager of Eurovea. The brands, which are unique and in Slovakia they are represented only in Eurovea, include Armani Exange, Baldinini, BCBGMAXAZRIA, Guess Jeans, Luisa Spagnoli, Pinko, Penny Black, Trussardi Jeans, TWIN-SET by Simona Barbieri, Weekend Max Mara, IQOS butique, and Nespresso.

Today, about 35,000 people visit Eurovea every day (the daily average for 2017), and in December, the beating of the record milestone is expected: 100 million visitors since the opening in 2010. “In addition to the popularity among the visitors we are glad that Eurovea does not represent only a common shopping centre, which is proved by the variety of cultural and sporting events for the public organised here,“ explains O. Hammer. Eurovea hosts from 20 to 45 events per month.

Festivals, which take place here every year, include Viva Musica, Cultural Summer, Cirkulart. Science popularisation events or educational projects are organised increasingly, such as European Space Expo, Science Fair, and Day of Electro Mobility. As regards popular events for the public, the fashion week Eurovea Fashion Forward or the popular White Night can be mentioned. 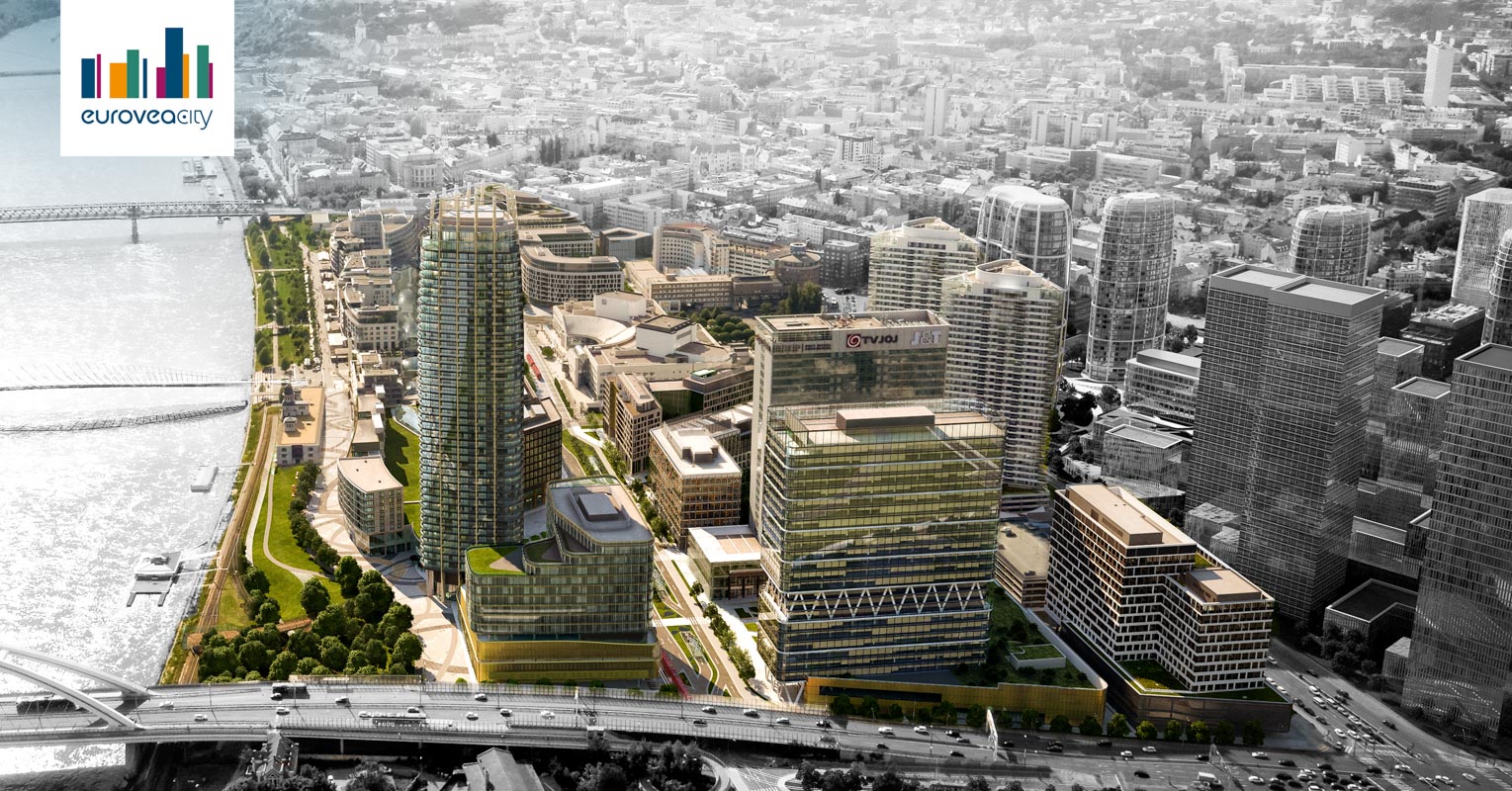